You are here: Home / Blog / Change & Growth / Forgive for a Better Life

“Forgiveness is the fragrance that the violet sheds on the heel that has crushed it.” ~Mark Twain 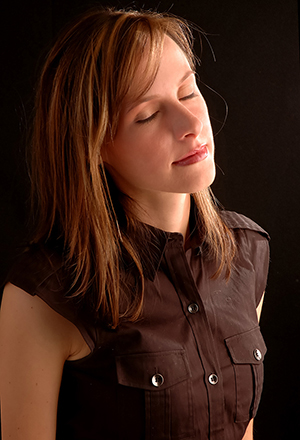 Forgiving can be hard. Our trust may have been broken, hearts crushed, feelings hurt, ruined opportunities, and more. But if we don’t forgive a partner, friend, family member, colleague or whoever has wronged us, we may be living with a cloud of anger and blame over our heads. Forgiveness has the power to free us from our past, dissolve negative feelings and bring us peace, hope and joy. It can even release us to fulfill our potential and turn our lives around for the better.

Take for example internationally renowned self-development author and speaker Dr. Wayne Dyer. He has a deeply personal story on forgiveness, which led to an amazing shift in his life as told on the Bonnie Hunt Show a few years back. His father had abandoned him when he was an infant. Consequently, his mother, who was just 22 and had two other boys (all her sons were under the age of four), had to place them in foster homes. He grew up hating his father.

In 1974, Dr. Dyer found out his father had been dead for ten years from cirrhosis of the liver from alcoholism. He decided to visit his father’s grave in Biloxi, Mississippi and upon arriving, stood there for three hours. He stomped on the grave and was still angry, but in the last few minutes of his visit something came over him. He said to his father: “From this moment on I send you love, and I forgive you for everything that you have done.” When he walked away from his father’s grave that day, he said everything in his life started to change.

At the time he was overweight, drinking and was in a bad relationship. His writing was not doing what he wanted. But after his “act of forgiveness” that helped him release a lifetime of anger and pain, Dr. Dyer said his whole life took off. He wrote the book, Erroneous Zones, which became a worldwide best-seller 14 days after he wrote it. He stopped drinking and got back into shape. He also started attracting the right people into his life.  Everything transformed when he forgave.

Dr. Fred Luskin, a pioneer in forgiveness training methods and the resulting health benefits, said in his book, Forgive for Good: A Proven Prescription for Health and Happiness, “Forgiveness is the feeling of peace that emerges as you take your hurt less personally, take responsibility for how you feel, and become a hero instead of a victim in the story you tell.”

He explains that forgiveness is not condoning the behavior of someone who hurt you, and it’s not the same as forgetting, or having to rejoin with the person. For example, a daughter can forgive her father for years of abuse, but she doesn’t have to have a relationship with him.

He also says that forgiveness is not giving up claims to justice or compensation. An example of this is the right for a woman to sue her ex-husband for child support, but then she doesn’t have to hate him for not paying her.

Forgiveness, as Dr. Luskin says, is learning to make peace when you didn’t get something that you wanted in life.

Forgiveness: A Victim Becomes a Hero

A Chinese proverb says, “He who seeks vengeance must dig two graves: one for his enemy and one for himself.” The cost of not forgiving someone and seeking only revenge or remaining angry can mean the difference between being miserable or being happy.

Dr. Luskin explains that people who do not forgive create what is called a “grievance story,” which has them stay stuck in a certain way of thinking about their hurt. Once a person understands how a grievance story is created, he or she can begin the process of forgiveness.

A grievance story is created, he says, when something happens in people’s lives that they didn’t want to happen or something they wanted to happen didn’t. People then take this painful event personally, blame the offender for how they feel, and tell the story over and over in their minds. People, he says, forget that there are other ways of looking at the same situation. This is because they lack the training and skills to see and do things differently.

Dr. Luskin says that as a person journeys through the stages of forgiveness and practices techniques and new ways of thinking, a new, more empowering story emerges, and that is one of a hero. A person no longer feels helpless in response to painful events or lacks control over thoughts and feelings. Heroes have worked hard to overcome adversity and refuse to fall victim to challenging life events.

Creating a New and Better Life

When Dr. Dyer forgave his father, he created a more peaceful and better life. To think that this man who has inspired millions through his life’s work could have spent years in anguish over his father, while experiencing average results in his life is inconceivable. His huge success and contribution to humanity may not have happened unless he forgave his father.

Think about how you may be sacrificing your gifts, talents, strengths, success and quality of life to hold onto anger and pain. Could you be taking your life to new heights by forgiving someone? Forgiving someone can have a profound change on a person’s life as it did with Dr. Dyer’s. With the words, “I forgive you,” a new and better life path can be created not only for your benefit but perhaps the benefit of many.

View a Q&A with Dr. Fred Luskin and his Nine Steps to Forgiveness.